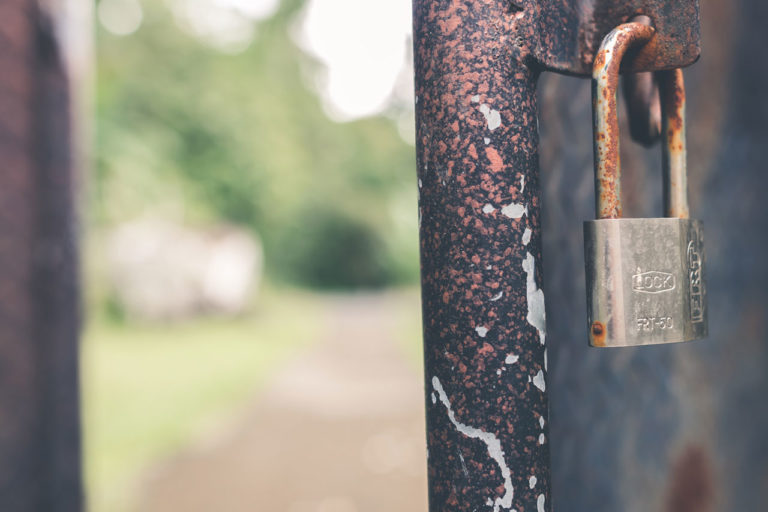 High-end robotic lawnmowers can be a significant investment, so I was curious about how often they get stolen and did some research on the topic. Although there is no specific data available on theft rates for robotic lawnmowers, you may be surprised at what I found out.

1. Your robotic mower’s security features
2. What state you live in

In the following sections, I have included more extensive information on the incidence of robotic lawnmower theft based on various criteria, such as your mower’s features, what state you live in, and some other factors that may surprise you.

Robotic Lawnmowers Are Not Likely to Get Stolen

First of all, although theft rates of gardening equipment in general differ quite a lot from state to state, robotic lawnmower theft is probably less common than you think. Consider the following factors:

Therefore, according to Google, it does not appear that you have much to worry about when it comes to robotic lawnmower theft. On the other hand, where you live could also affect the likelihood of your mower getting stolen. Here are two lists showing the equipment theft incidence in different states for 2019. Although these lists are not specifically related to robotic lawnmowers, they provide a rough indication of what states are most affected by equipment theft in general, and it does appear that mowers (albeit ride-on mowers) are at the top of the list in terms of the types of equipment that are stolen most frequently.

Finally, the time of year is also a good indicator of the likelihood of theft in general. For example, theft incidence is higher in summer, and holiday seasons, like Christmas, also see higher theft rates.

Some Common Anti-theft Features That Ship with Most Robotic Lawnmowers

If you are already the proud owner of a robotic lawnmower, you probably already know that your mower can only be activated and used if you enter the PIN code that you received when you purchased your device.

Although this alone does not guarantee that your mower will not be stolen (thieves do not necessarily know that they require a PIN to operate your device, and buyers of stolen goods are quite possibly just as ignorant of this), it is definitely an effective deterrent.

The PIN is required for many different functions, including stopping the device (by means of the ‘Stop’ button) or lifting it, which would result in the alarm being sounded if the PIN is not entered first. Models such as theHusqvarna Automower 115H and the exciting, yet affordable newSPHEHP Mowing Robotare both excellent mid-range mowers with different PIN implementations.

Most robotic mowers also ship with a built-in alarm feature. This is usually triggered if the mower is turned over for longer than 10 seconds without first entering the PIN but can also be triggered if your mower moves a certain distance away from a pre-designated point in your yard.

The distance at which the alarm is triggered can be set via the geofencing feature. Once this happens, most robotic mowers will also notify you via SMS or an app. The Husqvarna 430XH and the Husqvarna Automower 115H aretwo premium models which both come with built-in audible alarm systems.

Again, this is a feature which most robotic mowers ship with by default. With GPS tracking, it is easy to determine exactly where your mower is located at any time by means of an app or on your computer screen. Models like the Husqvarna Automower 440 and the Landroid M 20V (optionally)ship with GPS location devices.

Things You Can Do to Further Reduce the Risk of Theft

There are a number of things you can do to minimize the chances of your mower getting stolen. These include, but are not limited to, the following:

The most common type of anti-theft garage for robotic mowers is the rolling shutter door garage. Garages with rolling shutter doors can usually be configured to open at the exact time your lawnmower is scheduled to start mowing. The shutter door of the garage then remains open until your mower has entered it again.

At this point the shutter door will close and becomes impenetrable to any would-be thieves. Anti-theft mower garages are often available as separate accessories that fit or screw onto charging bases and there are even third-party companies, like Robohut, that specialize in the manufacture of robotic mower garages.

This can be implemented in various ways. For example, even mower garages without anti-theft protective doors can be very effective in concealing your robotic lawnmower from would-be thieves. Manufacturers, like Robohut, offer robotic mower garages that are both aesthetically pleasing and, in many cases, look like kennels.

What Should You Do if Your Mower Does Get Stolen?

If you discover that your mower has been stolen, the first thing you should do immediately is to report it as stolen. Do not attempt to take matters into your own hands. Notify the police that your robotic mower is no longer in its operating zone and provide them with all the GPS tracking data you have, as this could be very useful to them in retrieving your robotic lawnmower. Also notify your home insurance company that your mower is missing as soon as possible, preferably on the same day that the theft occurred.

Here is a video about how a group of thieves were found and arrested thanks to the GPS tracking system on a robotic lawnmower in Dallas, Texas.

Blacklisting is another way that you could ensure that your mower is at least useless to whoever stole it. This can be done by contacting the manufacturer of the mower. The manufacturer will then refuse to work on the device if it is brought in for maintenance or repair work.

Should You Insure Your Robotic Lawnmower?

You may need to meet certain criteria to be allowed to include your robotic mower as part of a home insurance policy, but in most cases it can probably be covered without much difficulty. However, this may not always be the best idea, especially if your mower is a basic model, as claiming could have negative effects on your premiums in the future. On the other hand, if it is a high-end model, insurance could be a viable option. So it basically all comes down to how much you paid for your mower.

Matthias Müller is the founder of robolever.com. He is passionate about all topics related to automation, robotics and future technologies. At the same time he is a great nature lover and therefore fascinated by the unusual interaction between robots and nature.

Are you looking to buy a robotic lawn mower? I think there has never been a better time, since the most recent models on the market are actually quite sophisticated so that it can now be appealing...

Robotic lawn mowers are an efficient way to maintain your lawn, but you may be wondering if this machine interferes with your dog in-ground fence. This is important because you need to know whether...

Welcome to my blog! My Name is Matthias. In my home country, Germany, robotic lawn mowers have been a huge thing for years and I’ve been actively sharing my knowledge there for quite some time.

Now that other parts of the world, especially the US, are gaining interest in the technology, I decided to share my knowledge with the English speaking world.

This website uses cookies to improve your experience while you navigate through the website. Out of these cookies, the cookies that are categorized as necessary are stored on your browser as they are essential for the working of basic functionalities of the website. We also use third-party cookies that help us analyze and understand how you use this website. These cookies will be stored in your browser only with your consent. You also have the option to opt-out of these cookies. But opting out of some of these cookies may have an effect on your browsing experience.
Necessary Always Enabled
Necessary cookies are absolutely essential for the website to function properly. This category only includes cookies that ensures basic functionalities and security features of the website. These cookies do not store any personal information.
Non-necessary
Any cookies that may not be particularly necessary for the website to function and is used specifically to collect user personal data via analytics, ads, other embedded contents are termed as non-necessary cookies. It is mandatory to procure user consent prior to running these cookies on your website.
SAVE & ACCEPT